LEARN THE FOUR CORE ELEMENTS OF A BAIL BOND:

Bail is quite simply some form of money deposited or pledged to a court in order to persuade it to release a suspect from jail, on the understanding that the suspect will return for trial or forfeit the entire amount of the bail deposited.

For the very wealthy, bail is really a very easy process. It is merely depositing with the court system the amount required for the specific charges. If the bail is $10,000, that amount is delivered to the court system in a process known as “posting cash bail”.

However, most people do not have such large amounts of cash or the ability to afford such a large deposit (or don’t want their money tied up for the duration of a long legal process). For them, and for most people, the more reasonable alternative is for a Surety Bail Bond to be posted by a licensed bail bondsman; that means that a bail agent gives the court a promise to pay the full amount of the bail should the accused fail to show up for their court date and not be found in a reasonable period of time. The bail agent charges a fee (see below for details) and “secures’ the bail bond to protect themselves from having to pay the full amount in case the defendant skips bail.

PLEASE CALL US IF ANY OF THIS IS NOT CLEAR OR IF YOU HAVE ADDITIONAL QUESTIONS. IT IS NORMAL TO HAVE A LOT OF QUESTIONS IN SUCH A CONFUSING SITUATION AND EL DON BAIL BONDS WILL HELP YOU SORT THROUGH ALL OF THEM! 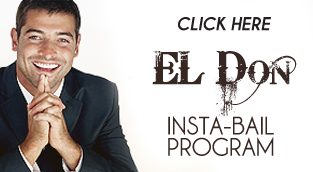 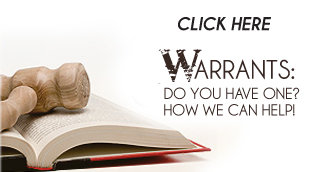 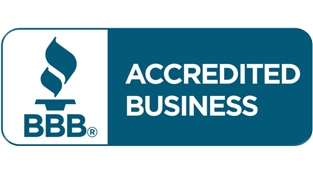 We work hard to provide affordable bonds and excellent service. We love hearing from happy customers. Here are a few things they have to say:

"I would recommend El Don Bail Bonds to anyone. They are reputable bail bond company that will process your bail quickly. James Devitt - Los Angeles...

“El Don Bail Bonds has always offered the speediest service in the area. I have recommended many clients to El Don and they have all been ecstatic...

“Trustworthy, reliable, professional, knowledgable, and fast! They are the premier bail agency in Indio and our family is so happy to have them on...

We are asked a thousand and one different questions about what we do. Here are a few common ones.

AS AN INDEMNITOR (CO-SIGNER) WHEN DOES MY OBLIGATION END?

Quite simply, when all monies for bail premium are paid, and the bond has been exonerated.If the defendant's case is settled, through sentencing, a plea bargain or other means, the court will exonerate the bail bond.That means that the bail company is no longer liable for the bond and future appearances; which, in turn, means that the co-signer is no longer liable as well.Once a defendant is sentenced, the bond no longer guarantees appearance.

The law in California says that all bail bond companies post their rates publically. This is to prevent fraud against families in difficult situations. However, the rates are standard for most California bail. El Don Bail Bonds charges the state mandated 10% of the face value of the bond (payment plans are available). In situations where a private attorney, union membership, military (current or veteran) or AARP is involved El Don Bail Bonds is one of the few companies that can offer a 20% discount and charge 8% as opposed to 10%.

WHAT IS 'BAIL AMOUNT' AND 'BAIL PREMIUM'?

WHAT IS A BOND FORFEITURE?

Bail bond forfeiture results when a scheduled court appearance is missed. If a defendant misses a court date, the court will issue a bench warrant for their arrest. The court also sets a deadline for when either the defendant must be located/returned to custody -- in California 180 days, less the full face value of the bail bond be paid to the court.Obviously, that is the worse case scenario, and the indemnitor and bail company need work hand in hand to return the defendant to the jurisdiction of the court.

WILL THE BAIL BOND PREMIUM BE RETURNED TO ME WHEN THE COURT CASE HAS CONCLUDED?